Millie Mackintosh; the queen B (beauty not biatch) of E4’s structured reality show Made In Chelsea first graced our screens as lead character Caggie Dunlop’s best friend, but has now firmly established herself as the leading lady of SW3.  Throughout her time on Made in Chelsea Millie has made the headlines for many reasons, her tempestuous relationship with Hugo Taylor, on-off fights with Spencer Matthews (I wouldn’t want to be on the receiving end of one of those slaps) and most recently her relationship/engagement to the very talented Professor Green.  Relationships and slapping aside it has been her barely there make up and impeccable taste in fashion that have endeared her to us and the fashion giant Lipsy.  Combining her signature Chelsea whites with a vintage and more recently rocky edge, she has had fans eagerly waiting each week to see what she is wearing, and whether those high end looks can be replicated on the high street, minus the Chelsea price tag.

Rumours are now rife that series 5 will be Millie’s last so I could not think of a better way to say bon voyage to SW3’s main fashionista with a celebration of her style.

Hats
I adore hats, I think they can set off an outfit better than a bag or shoes and if anyone can rock a hat it’s Millie; modelling Floppy 70’s hats, Trilby’s and Fedora’s, there isn’t a hat that this girl can’t pull off.

Fur Gillet
Like Millie’s hats the Fur Fillet has graced our screens on more than one occasion, teaming this with a floppy 70’s hat and the Chelsea classic white jeans.   I purchased one from Primark and its ideal for all seasons; layering in the winter or with denim shorts in the summer.

Shorts
As the saying goes “If you’ve got it flaunt it” and this is most certainly the case with Miss Mackintosh and those never ending pins, not even letting the dreary British weather stop her.  Whether it be leather or denim Millie can carry off what is often a very risqué look, always following the rule, either one or the other with a demure Chanel jacket.

Leather Trousers
A few series on and a rapper fiancé in tow Millie’s style has taken an edgier turn.  Her pins strike again but this time fully covered in leather trousers, so versatile that she has been seen wearing these on the red carpet or walking down the Kings Road (not that there is much difference).

Ball Gowns
A Chelsea girl can never have too many ball gowns and even in a full length gown those legs still manage to make an appearance.  Maybe too much of an appearance at this year’s BAFTA’s, but still looking as glamorous as ever Millie managed to laugh off the fashion faux-pax showing that Chelsea may not be as stuck up as it appears. 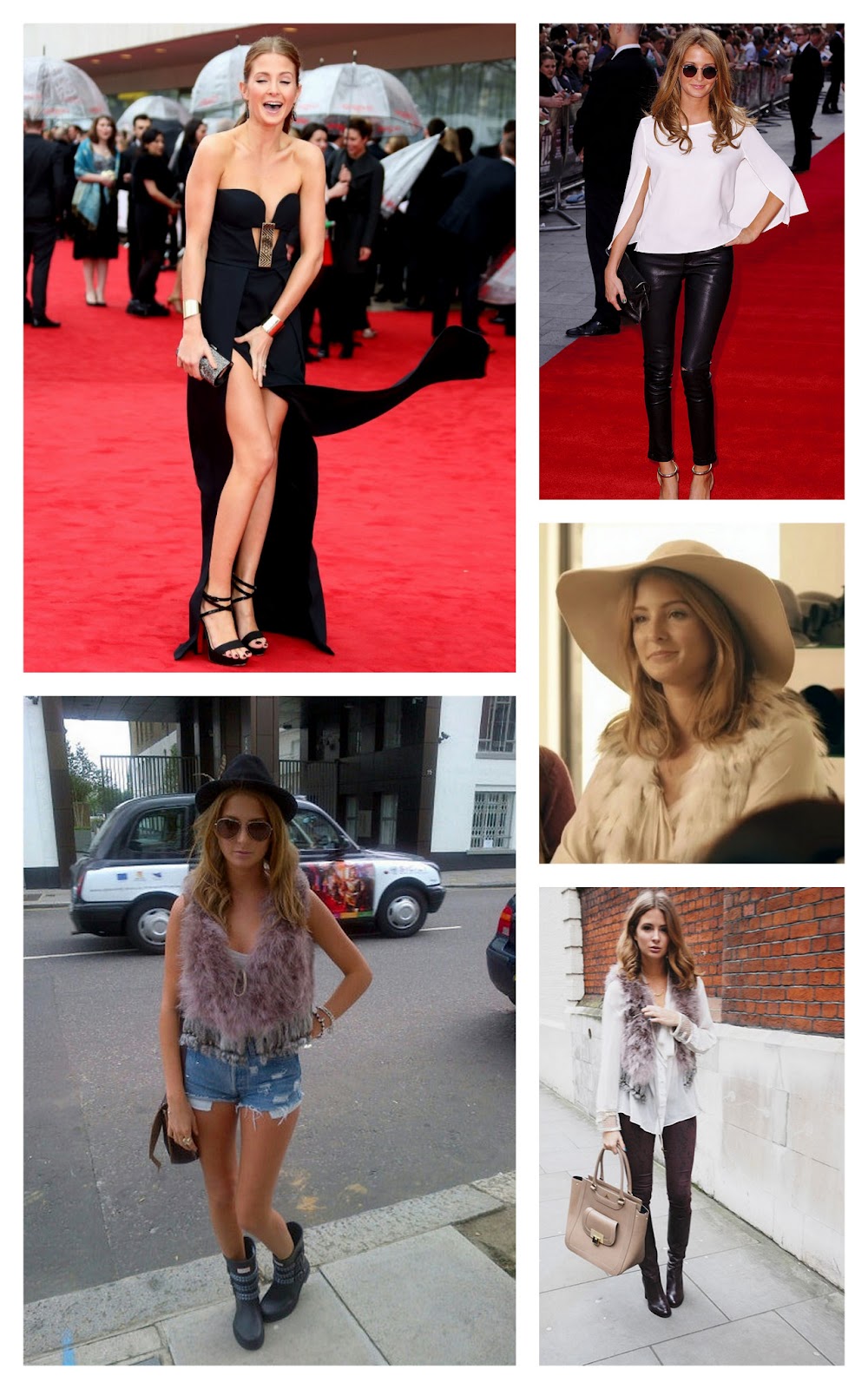 by Cara at Ne_StyleSmart
Posted by Unknown at 16:30