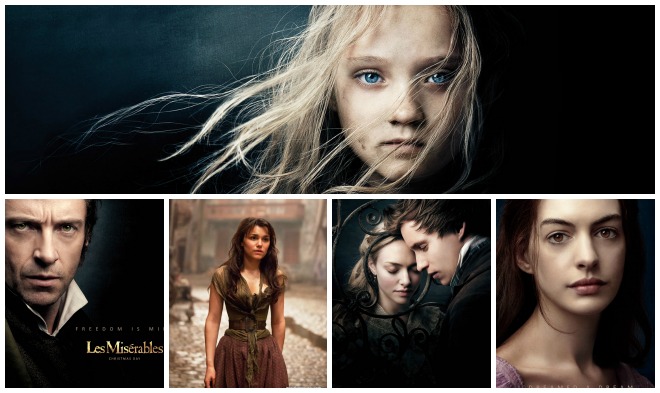 The much-awaited musical production, Les Mis, finally came to the cinemas in the UK! The film is set in France in 1815 and is filled with heart wrenching moments.

Anne Hathaway plays the part of Fantine, a woman who tries anything to send money to her illegitimate daughter. She looks stunning as her character, even when she is forced to chop off her beautiful long hair. Amanda Seyfried plays the part of Fantine's grown up daughter, Cosette, and looks equally as stunning as Anne throughout the film! We could sit here for hours and list great moments, every actor and actress pulls their weight and contributes to an all round amazing film.

If you're looking for a dramatic film that pulls on the heart strings, then this is the film for you. Half the cinema were in floods of tears when we went to see this!

Have you seen Les Mis - what did you think? How did you think it compares to the stage show?
Posted by Unknown at 16:00
Labels: Film Feature